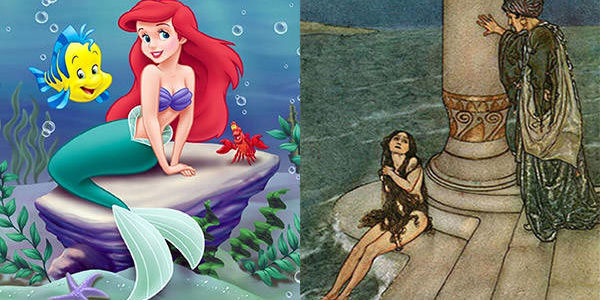 What better way can there be to enjoy some quality time with the whole family than snuggling up on the sofa together to watch one of your favorite Disney films?

How about the charming story of a mermaid who experiences her greatest dream come true… leaving her in total agony, with every step she takes feeling like she’s walking on shards of glass, then seeing the love of her life marry someone else, before deciding to end it all by throwing herself into the sea, finally dissolving away to foam?

What about that classic tale of the wooden puppet boy. You know the one – the boy with a tendency to do the wrong thing, but helped along the way by his little cricket friend… until he bashes the cricket with a mallet, continues to do all manner of naughty things, before eventually winding up hanging from a tree, left to die?

Not the one you were thinking of? 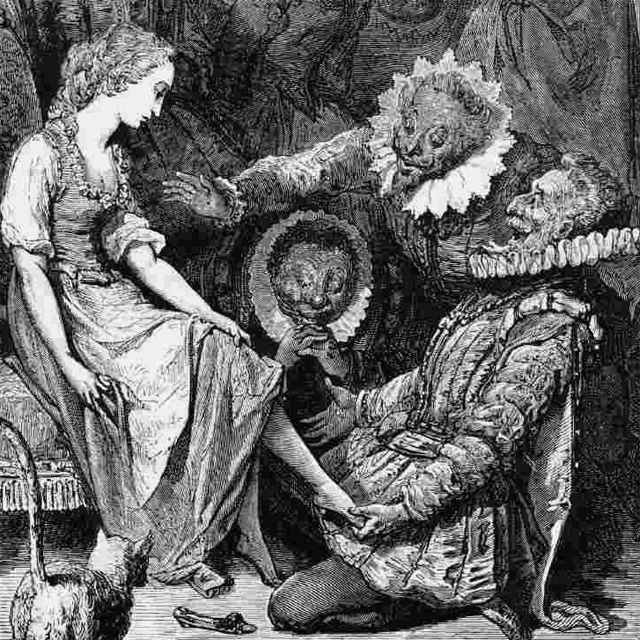 Well how about the famous one where the beautiful Princess suffers at the hands of her evil step-sisters, but magically manages to go to the ball, only to lose her slipper when she has to run away from the Prince at midnight?

Oh yes, Grandma loves that one. Especially the bit where the evil step-sisters, in an attempt to make the slipper fit, start chopping off parts of their own feet, bleeding everywhere, and the classic final scene where they have their eyes gouged out by the Princess’ loyal doves. Right?

Disney have been making family classics like The Little Mermaid, Pinocchio and Cinderella for over 90 years, and at least part of

their success, it seems, is having the sense to alter these original stories and fairy tales to give them happier – more wholesome – twists.

Though most of the time we think of fairy tales as being magical stories with happily-ever-after endings, the truth is often somewhat darker than you may think. Many of Disney’s best-loved classics originated in stories written or collected by people such as Hans Christian Andersen (The Little Mermaid) and the Brothers Grimm (Snow White, Cinderella). Many of these contained much more sinister story lines originally, like those mentioned above, which were far more in-keeping with the style and tone of early folk and fairy tales.

Others, such as Pinocchio, (written by Carlo Collodi in the 1880s) were morality tales, warning of the consequences of bad behavior, (not unlike the Hollywood gangster films of the 1920s and 30s, which always showed the criminals getting their comeuppance at the end). 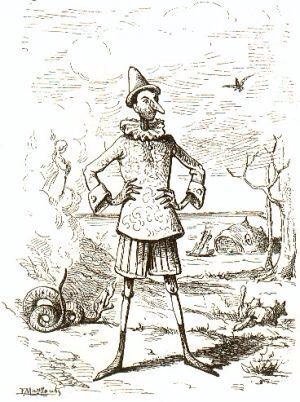 Disney’s genius was to take these fantastical stories and add the family-friendly wonder that Walt Disney cherished, while still retaining elements of threat and danger – making them truly memorable animated classics capable of enchanting generations of adults and children alike ever since.

Disney didn’t only find inspiration in old morality or folk tales though. Other iconic films were based on more widely known classic works, such as The Jungle Book (Rudyard Kipling 1894) and The Hunchback of Notre Dame, written by Victor Hugo in 1831. Hugo’s epic novel, featuring the hunchback of the title, Quasimodo, was filmed as an animation in 1996, but again, the Disney version avoids the truly bleak original ending (spoiler alert: everybody dies) instead opting for a happier, more sentimental tone.

Famously, Disney also took inspiration from one of the all-time greatest and widely known works in literature for The Lion King. The tale about a Prince gaining revenge on his evil Uncle for the murder of his father, the King, has been entertaining audiences ever since 1602, when William Shakespeare’s Hamlet first appeared on the London stage. Once more however, Disney wisely altered the ending – Hamlet may well be one of the most successful plays ever written, but would The Lion King be one of Disney’s most cherished films had Simba suffered the same fate as the Danish Prince? Perhaps not.

So next time you settle down for a fun-filled family adventure from the classic Disney canon, take a moment to remember the darker story that may well lie beneath that happily-ever-after ending…