Nerf this! Overwatch is here 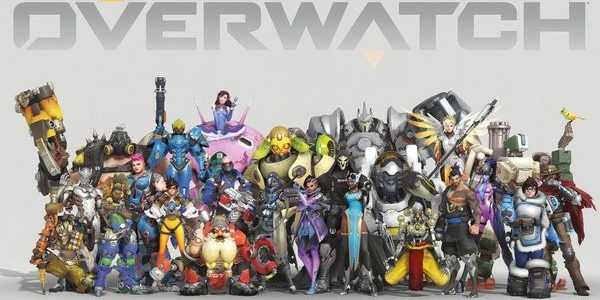 Team-based multiplayer first-person shooter video game Overwatch was published by Blizzard Entertainment, and was initially released on 24th May 2016. The much-loved game is available to play on the PlayStation 4, Xbox One, and Windows, and has gone on to become one of the most popular video games of its generation.

Within one year of its release, Blizzard announced that it had made over US$1 billion in revenue, and after two years the game had more than 40 million players. Generally considered by fans and critics alike to be one of the greatest video games of all time, Overwatch has won numerous awards winning Game of the Year at The Game Awards 2016, D.I.C.E. Awards, and Game Developers Choice Awards.

The game assigns players into two teams of six, with each player selecting from a roster of 30 characters that are known as “heroes”, each with a unique style of play. The teams are then pitted against one another in a battle to secure and defend control points on a map, or escort a payload to a certain destination. Players have to work together to win the game against the opposition with teamwork being very much its core.

Some of the game’s most popular heroes include D.Va, a former professional gamer who uses her skills to pilot state-of-the-art technology in battle; Moira, a scientist who has used genetic engineering to rewrite the building blocks of life; and Bastion, a robot that was originally built for combat.

With the online gaming culture surrounding Overwatch growing, it finally became an official eSport in 2017. The Overwatch League was developed by Blizzard Entertainment and follows in the model of most traditional North American professional sports, pitting city-based teams against one another throughout a season. Players are signed to specific teams and are assured a minimum annual salary, benefits, and proportions of any winnings that their team achieves.

The new eSport proved to be incredibly popular around the world, and during the debut week of the first Overwatch League season, there was an overall peak of 441,000 concurrent viewers. Through the season, the average online viewership was between 80,000 and 170,000 and at least 310,000 viewers watched the final match during the Grand Finals!

The success of this video game as an eSport shows just how popular Overwatch is as a game. Not only do gamers love playing at home, but they also tune in to watch the professionals face off like popular sports stars!

The Overwatch merch range from Paladone

With more to come, here is a sneak peek at a few items!