Rick and Morty Portal Gun Light due for release this July 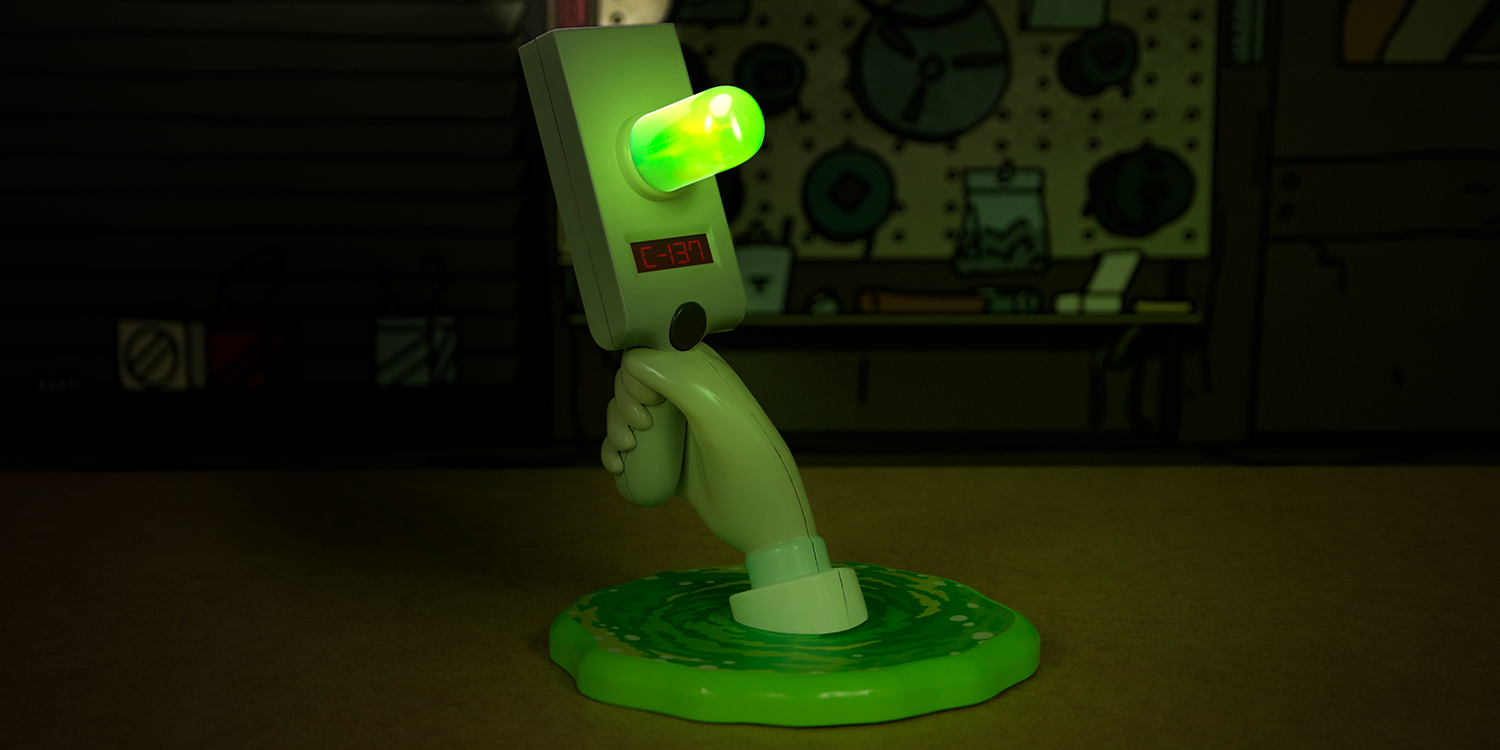 Paladone have announced they’ll be releasing their upcoming Rick and Morty Portal Gun Light this July.

Created by Justin Roiland and Dan Harmon, Rick and Morty was first broadcast on Cartoon Network’s Adult Swim in 2013. Originally conceived as a short parody of Doc and Marty in Back to the Future, the fleshed out characters of Rick and Morty proved to be a huge hit in their own series.

Filled with fun, creativity and dark humour, the series follows the wild adventures of alcoholic (and dangerously mad) scientist Rick Sanchez as he travels through space and time with his young grandson Morty. Tackling different dimensions, existential angst, and domestic life, Rick and Morty earned cult status among fans, and has gained a reputation as one of the best and most original TV programmes of recent times.

With Season 4 due to return to our TV sets this November and Adult Swim renewing the show for an astounding 70 further episodes, suffice to say we’ll be seeing this now worldwide phenomenon for years to come!

Get a closer look at the upcoming Portal Gun Light in Paladone TV’s recent Rick and Morty unboxing.

The Rick and Morty Portal Gun Light is due for release sometime this July and will be available at Paladone.com!