NES Lamp – Represent the console that started it all 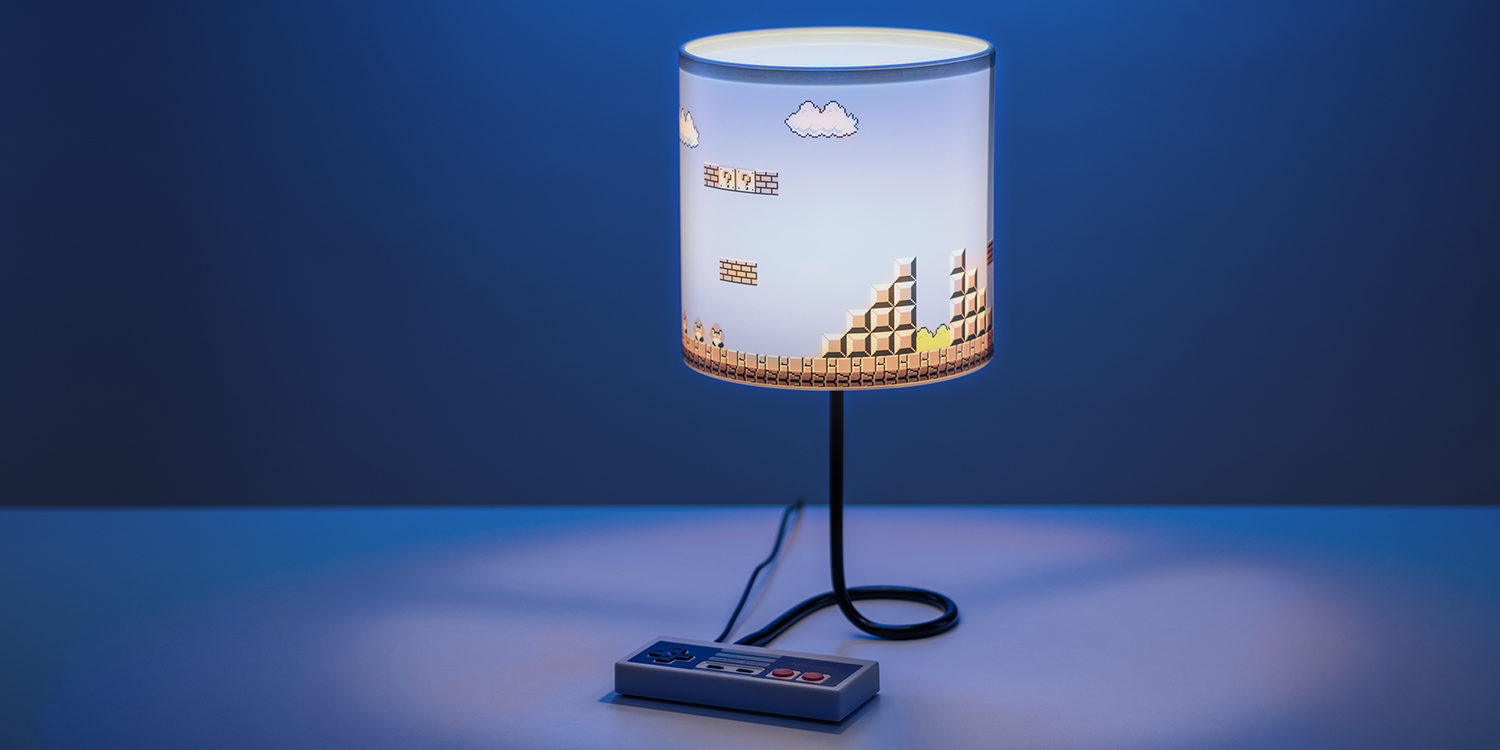 In 1983, Nintendo released the Nintendo Entertainment System (NES), their first ever home console sold outside of Japan and the best-selling console of its era.

Now, in 2019, Nintendo have become one of the most recognizable gaming brands worldwide with over 20 original consoles to their name.

To represent the console that started the legacy, Paladone are releasing the officially licensed NES Lamp. Featuring a faithful recreation of the classic NES controller for the base, and a lampshade design based on the platforms key title Super Mario Bros.

Nintendo has been one of the world’s most popular suppliers of games consoles for the last 40 years. Releasing classic consoles such as their NES, SNES, N64, and the 2006’s Nintendo Wii, and well known handheld gaming consoles like the Game Boy and the Nintendo DS – which sold over 150 million units worldwide, this well loved brand has been bringing joy to people’s lives around the world for decades.

Not only has Nintendo been responsible for some of the best games consoles of all time, but it’s also spawned some of the industry’s best loved games and characters from Super Mario to Donkey Kong.

Get a closer look at the NES Lamp with Paladone TV’s unboxing.