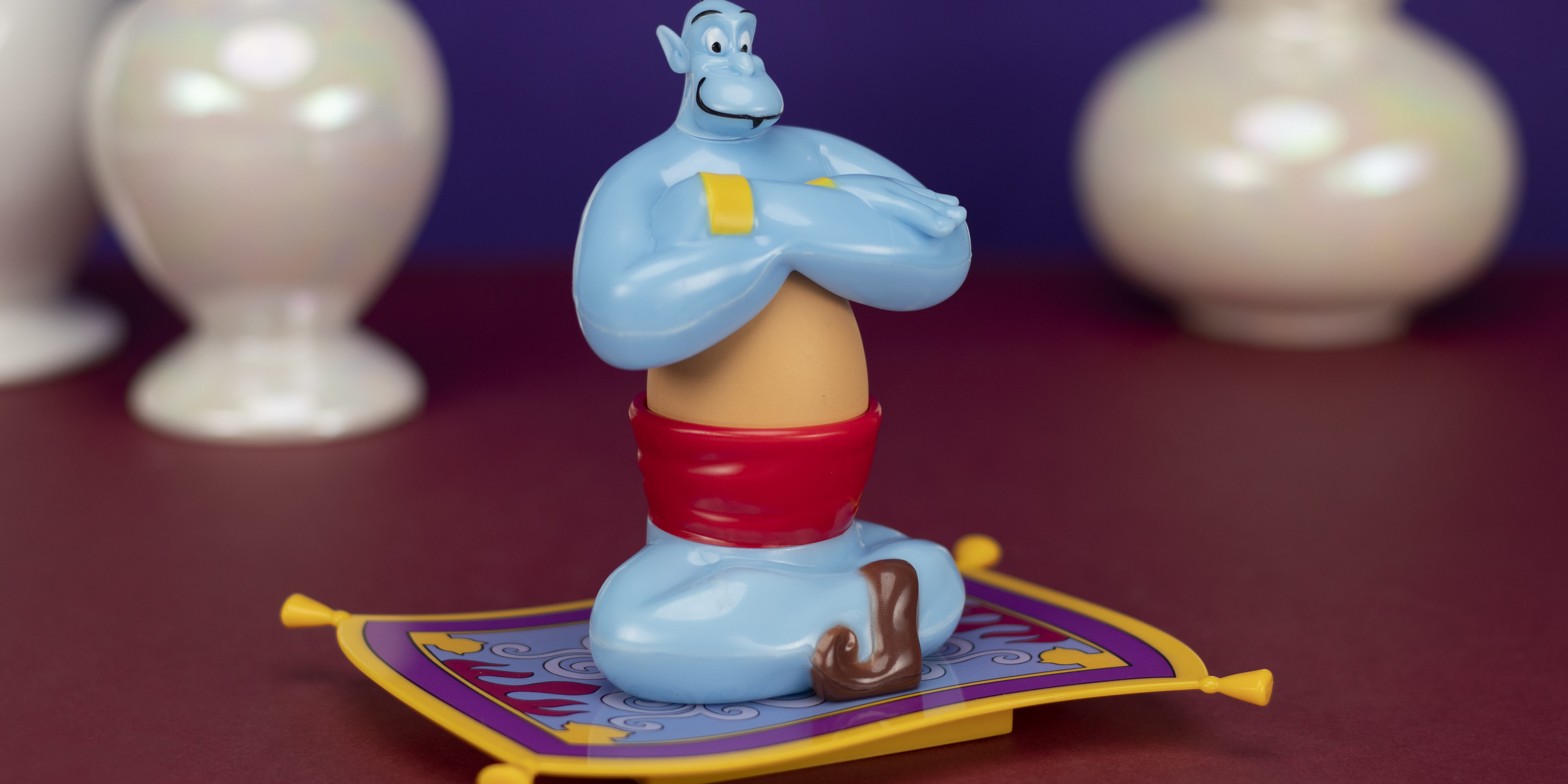 We’ve decided to take a timely magic carpet ride through Agrabah in one of Disney’s classic tales, just as their latest live-action reincarnation hits the big screen to delight audiences once again!

Disney’s Aladdin, loosely based on the legendary story from One Thousand and One Nights, was first released back in 1992 as part of Disney’s famed ‘renaissance’ – their hugely successful period between 1989 and 1999 that also included those childhood classics The Little Mermaid, Beauty and the Beast, and The Lion King.

Following the story of the eponymous rag-tag street urchin, the blockbuster animation features some of the most memorable songs and characters from the entire Disney canon. Instant classics such as Oscar nominated ‘Friend Like Me’ and eventual Oscar winner ‘A Whole New World’ became sing-a-long favorite among children and adults alike. Once Disney decided to mine their unparalleled back-catalog to inspire and entertain new generations of fans, a live-action version was inevitable.

The original Aladdin featured a stellar cast of characters, from Jafar and his parrot sidekick Iago, to Apu and The Sultan, and of course Princess Jasmine, but the real star of the show was the iconic Genie of the Lamp, voiced by the inimitable Robin Williams.

A perfect blend of best-friend camaraderie and older-brother guidance, the Genie was able to grant Aladdin three wishes, making his dreams of becoming a Prince a reality. A heavily improvised performance from the late, great Robin Williams, the Genie really did become a cultural touchstone of the time, meaning Williams’ successor in the role certainly has big boots to fill!

That successor of course is former Fresh Prince and Hollywood movie star Will Smith, who’s taking up residence in the Magic Lamp for what promises to be a fun fresh take on the classic role.

Joining the Men In Black star will be Mena Massoud as Aladdin, Marwan Kenzari as Jafar and Naomi Scott as Princess Jasmine. The new film is set to be an interesting update on the classic story, with former British Gangster film maestro Guy Richie helming the big budget remake due for release in May 2019.

Whether you’re a devoted fan of the original (who isn’t?) or just can’t wait to see Will Smith living it up with a new ‘fresh prince’, celebrate one of Disney’s greatest stories by taking a look at some of our latest Aladdin gifts – because as a licensed gift supplier of Disney merchandise, we’re as excited as anyone by the prospect of the new live-action film. Take a look at our top items here!