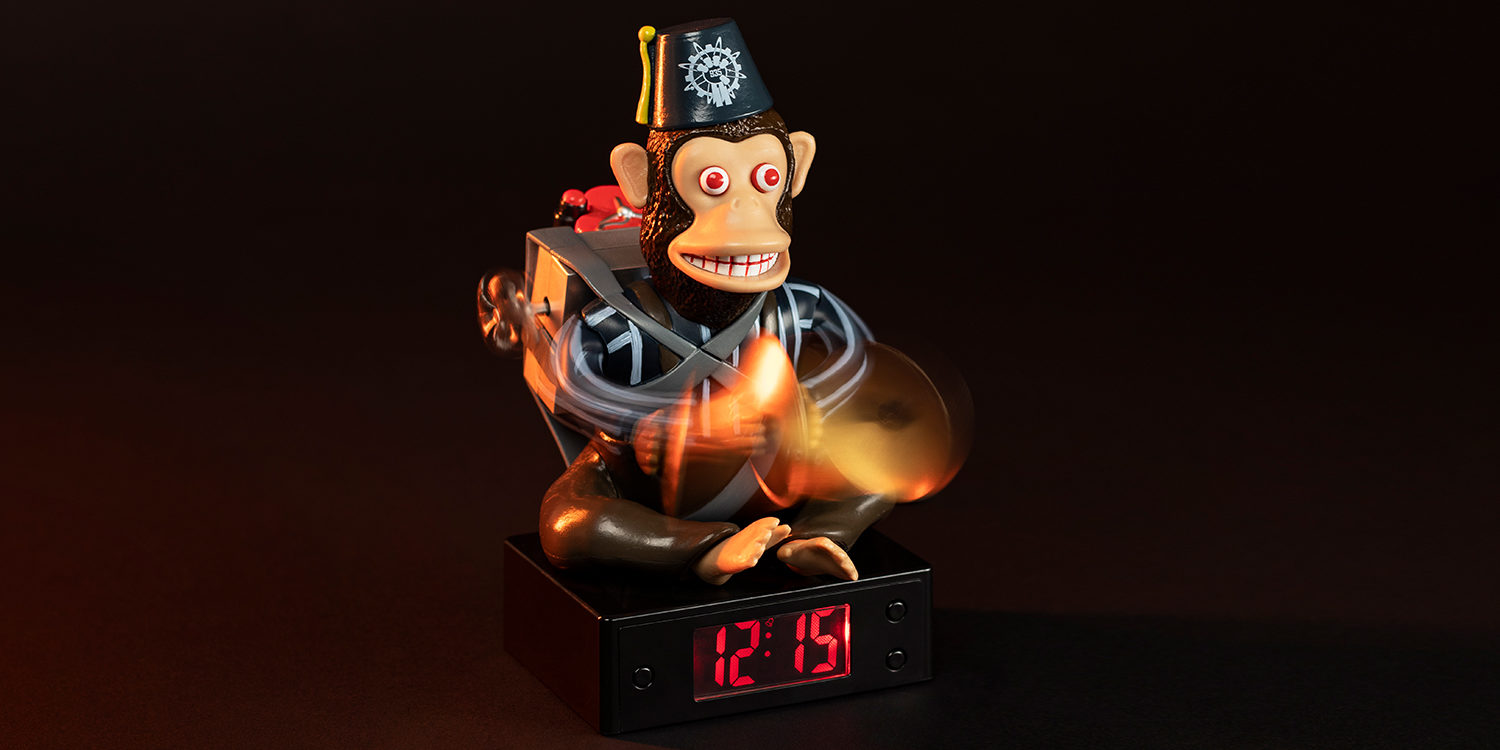 Mastered the art of fending off zombies, but haven’t quite cracked getting out of bed on time? Then Paladone’s Call of Duty Monkey Bomb Alarm Clock should be the next thing on your wish list.

A digital alarm clock inspired by the popular Call of Duty games, this symbol clapping monkey provides a great morning wake up call for gamers, ensuring they’ll always be up bright and early even after late nights of heavy gaming.

The first game in the Call of Duty (COD) franchise launched in 2003 and has since become one of the best-selling video game series of all time, with numerous sequels and spin-offs. With millions of loyal fans keen for ever more simulated warfare from the masters of the genre, COD has become an industry staple, and returned to its roots in 2017 with the launch of Call of Duty WWII to much fan praise and critical acclaim.

Previous titles such as Modern Warfare, Black Ops, and Infinite Warfare have made this record-breaking franchise one of the most popular ever created, and that popularity is set to rise further with a future movie franchise also in the works. An ideal gift solution for gamers, the Monkey Bomb Alarm Clock is an officially licensed Call of Duty product.

Now available for pre-order from Merchoid, Zavvi, and IWOOT.

Subscribe to Paladone TV for first looks and unboxings of our latest releases!