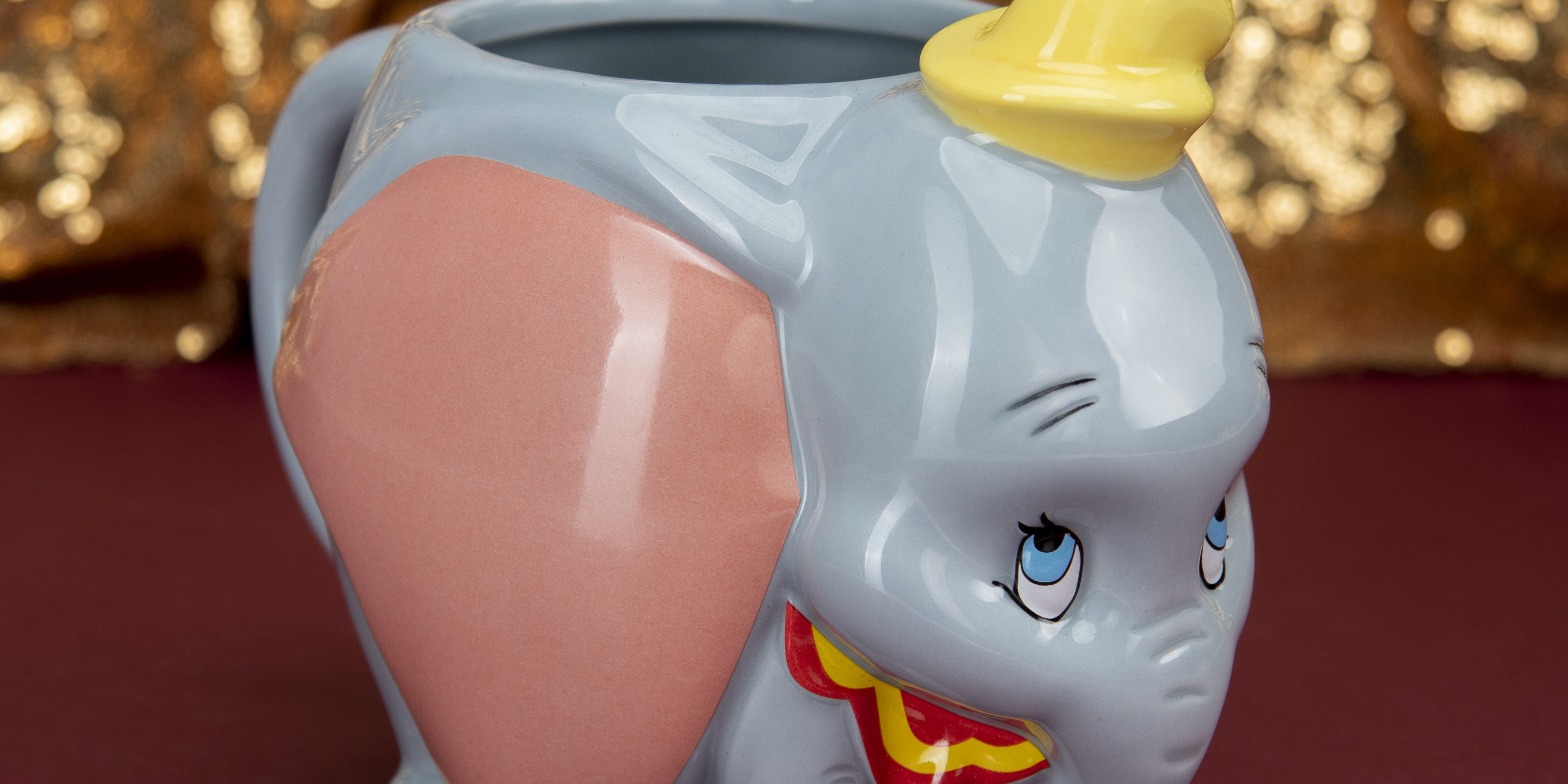 With the imminent release of Disney’s live-action Dumbo remake, it’s not just storks bearing gifts you need to be looking out for – take a look at our great new Dumbo gift range here as we get ready for one of the most highly anticipated films of the year!

A bonafide Disney classic and a true staple of any childhood, the original animated tale following the cutest elephant with the biggest ears was first released in 1941, making it only the fourth feature length film ever released by Disney. Despite its budget being considerably less than its predecessors (Snow White, Pinocchio and Fantasia), Dumbo was a critical and commercial success for Disney, and became one of the defining animated films of the period.

Following the adventures or the eponymous Dumbo – real name Jumbo Jr. of course – this timeless tale had audiences laughing and crying as the little elephant triumphed over those who tried to put him down just for being a little bit different. With the help of his friend, Timothy Q. Mouse, Dumbo managed to overcome the odds and achieve his potential as the first ever flying elephant.

Though utterly heart-warming, Dumbo featured many other iconic moments within its short running time, and no one who saw it young will forget the everlasting impact of the infamous ‘Pink Elephants on Parade’, a warning still heeded by plenty of adults tempted to over indulge in a little champagne!

All those memories will be sure to come flooding back as audiences prepare for director Tim Burton’s new take on the classic story. Famed for his off-the-wall dark fantasies such as BeetleJuice, Edward Scissorhands and the Alice in Wonderland films, fans young and old alike can’t wait to see what he makes of the flying elephant’s adventures.

So for anyone you know eagerly awaiting the new film, take a seat and sip out of our mug as you wait for the film to be released later this month.