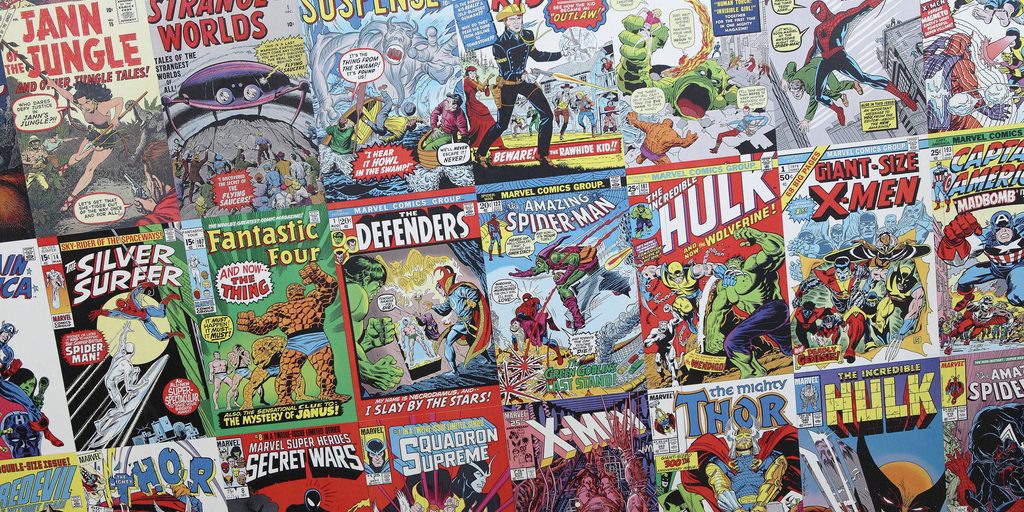 It is almost Christmas which means lots of Christmas movies but why not swap a couple of movies for a comic book or two? We have compiled a list of 5 of the best stories set at Christmas to have come from Marvel and DC comics and here they are:

The Rhino Plastered story is told by Rick Jones, as he looks to appease two arguing children with a tale about his friend The Hulk. Rick’s story is as follows;

Down on his luck, homeless and unable to remove his costume. Rhino hatches a plan to steal money posed as Santa, collecting money for the poor. Unexpectedly asked to take the role of the mall’s Santa, Rhino is overwhelmed with the feeling of being wanted and accepts.

Dawning the role of Santa in the mall he is quickly angered by the children and his true colours come racing to the surface. Just as quickly the villainous behemoth finds himself pitched against a Gray Hulk in a Christmas punch-up.

Illustrated in a cartoonish style by Darwyn Cooke and J. Bone, T’was the Fight Before X-Mas is the 21st instalment of the 22 comic book series. Set at Christmas, this festive Spider-Man comic features other loved characters from the Marvel Comics – namely the Fantastic Four, Wasp, and Medusa.

Sent on an errand by J. Jonah Jameson to buy his wife a Christmas present, Peter Parker finds himself in a mall with Crystal, Wasp and the Invisible Woman as they look for Crystal’s cousin – Medusa. Brain washed, Medusa and Flash Thompson (dressed as Spider-Man) take to criminal activity and Spider-Man teams up with the Fantastic Four, Wasp and Crystal in an over-the-top festive fight.

A more serious comic book story than the two before it on this list, Batman: The Long Halloween is a thirteen issue comic book series set across 13 months with a focus on the holidays. As Batman, Dent and Commissioner Gordon set about bringing down mob boss, Carmine Falcone and his crime family, a mysterious assailant shows up in Gotham killing people on holidays such as Halloween and Christmas, earning them the nickname “The Holiday Killer” which would later be shortened to just “Holiday”.

Running through the city on Christmas eve, Flash’s Wally West and Jay Garrick carry out a series of minor heroics, including saving a pregnant woman from being hit by a car. The woman reveals that her husband is about to carry out a robbery he was pressured into. So, Wally runs off to prevent a robbery and Jay stays to give the woman medical assistance. The robbery is foiled, and the baby born, but this is only the beginning of their adventures this Christmas.

The scarlet speedsters return home and later that evening the doorbell rings, which they answer to an unexpected Christmas present – Barry Allen, nothing too unusual unless you count the fact he died in Crisis on Infinite Earths (another DC comic book series).

Okay, it is not a comic book, but it is Batman at Christmas, so we are going to have a little look at it anyway. Most people already know the story of the amazing third instalment of the Batman: Arkham videogame series, but for those who don’t here is a quick synopsis of the how the story begins to unfold:

A prelude to the two Arkham games which came before it in Arkham Origins, Batman is only in his second year as the crime fighting vigilante, but he has done more than enough to have a bounty placed on his head by the villainous crime lord, Black Mask. The large bounty has attracted 8 formidable foes for batman to fight off, including Copperhead, Deadshot, Firefly and Deathstroke. It is a Christmas eve neither Batman nor players of the game will forget.

We are sure that many of you comic-lovers will have already read some of these stories or will likely read them all long before Christmas which is fine because there are many more great festive comic books out there, these are just some of our favourites.