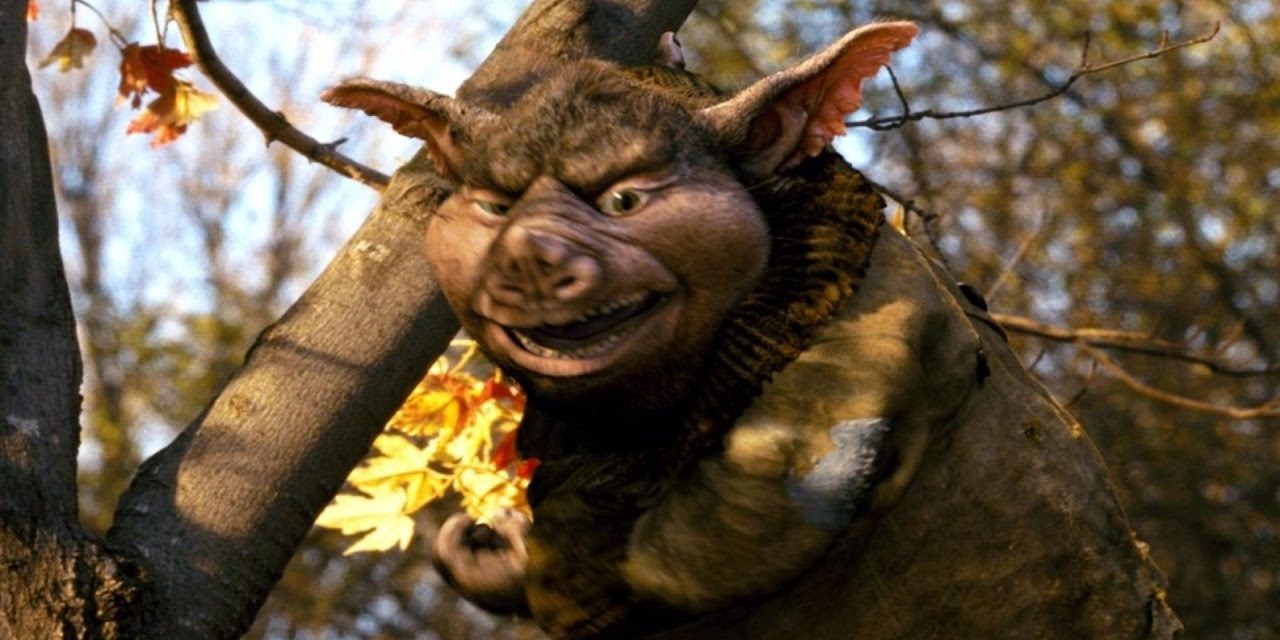 Boggarts are one of the most recognised creatures in the Harry Potter universe best known for their role in the Prisoner of Azkaban. Transforming into something that represents the biggest fear of whoever they are in the presence of, a boggart can prove difficult to combat for anyone paralyzed by their fears. Here are five iconic Harry Potter characters and the shape a boggart takes on when confronting them.

One of the most known facts about boggarts is what they transform into in the presence of Neville Longbottom – Professor Snape. Shown in the third book and the movie adaptation, Neville casts a Riddikulus spell on a Boggart, transforming a menacing looking Snape into Snape dressed in Neville’s Grandmother’s clothes – and is one of the funnier moments in the Harry Potter series.

But more importantly, knowing Neville’s troubled past many would expect a boggart to transform into Bellatrix Lestrange (as she tortured his parents to the point of insanity). Even if he did not know what she looked like the boggart could have appeared as a death eater or Lord Voldemort himself, perhaps even some representation of the Cruciatus curse. Instead, the boggart took the shape of Severus Snape – Neville must have found him truly terrifying.

Another character whose biggest fear was revealed during the third book and movie was Remus Lupin. A werewolf, Lupins biggest fear is a full moon, or rather the consequences of a full moon. Lupin fears the loss of control after his transformation and the damage and destruction his wolf form is capable of. A boggart represents this by taking the form of a floating glowing orb which he transforms into a cockroach (changed to a balloon in the movie) by enchanting “Riddikulus”.

Voldemort’s greatest fear is death and as a result a boggart takes the form of his own corpse. It is unsurprising that this is Voldemort’s biggest fear. After all, he did split his soul up encasing it in various horcruxes just so to keep himself from dying.

It may seem that it would have been much easier for Voldemort to evade death by seeking out the deathly hallows but the thought of dying had clearly been a big fear of Voldemort even as a child, when he (then called Tom Riddle) first started considering horcruxes and long before he was aware of the deathly hallows’ existence.

In the world of Harry Potter there are many fearsome creatures from disembodied hands to mummies but, as revealed by boggarts, the one that Seamus Finnigan fears the most is the banshee. Banshees are described as looking zombie-like and dawn a female appearance. Native to Ireland and Scotland, a banshee’s cries are fatal to anyone that hears it giving Seamus good reason to be scared of them. Seamus was not shy about admitting his fear of the dark creatures announcing his fear during his fourth year at Hogwarts after Harry opened the golden egg which let out a loud screech.

Moody is just one of many that end up face to face with “Voldemort” when confronting a boggart. Whilst the list of people whose biggest fear is the Dark Lord, the fact that he is Moody’s biggest fear truly shows how terrifying he really is. Alastor Moody is considered as the most famous Auror of the modern time and a vital member of the Order of the Phoenix; who continued to fight against the death eaters despite losing an eye, leg, and part of his nose in conflicts against those using the dark arts. Many Azkaban cells were filled by the work of Alastor Moody and despite all this Voldemort still managed to bring fear to him – a true testament to the horror Voldemort cast across the wizarding world.

From moody potions teachers to scary creatures like banshees all the way to Voldemort the characters in the Harry Potter series have a wide range of fears and boggarts are on hand to take the shape of them all. What would a boggart transform into if you were to face one?

Here at Paladone we are big Potter-Heads so make sure to check out the first part to this article – “Terrifying Transformations – Boggarts Reveal Characters’ Biggest Fears (Part 1)” and once you’ve finished reading that why not check out our amazing Harry Potter merchandise?