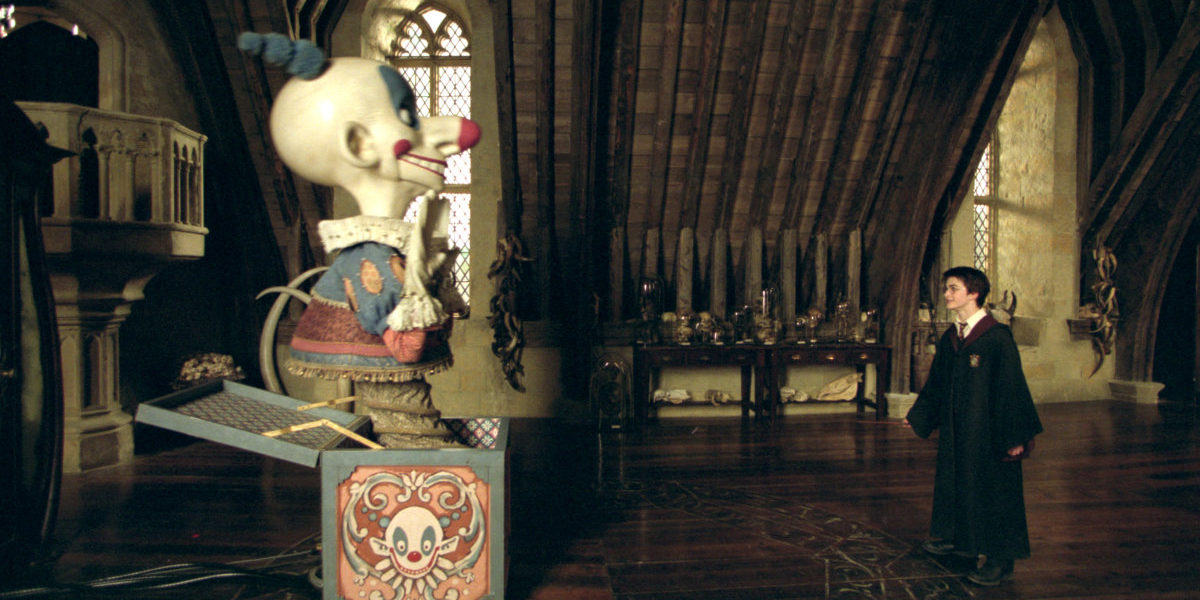 Boggarts are one of the many magical creatures for the world of Harry Potter and are most recognised for their role in the third book/film – The Prisoner of Azkaban. Boggarts are shape-shifting creatures which dawn the shape of whatever most frightens the person they encounter. Looking at what form a boggart takes when it confronts certain people offers great insight into the minds of the individual. Here is a look at 5 Harry Potter characters and what boggarts tell us about their fears.

When confronting Albus Dumbledore, a boggart takes on the shape of his sister’s dead body. Dumbledore’s sister, Ariana, died during a conflict between the Dumbledore brothers and Grindelwald and whilst it is unclear whether Albus cast the spell which killed her he blamed himself and carried the guilt with him. It is not certain what the specific fear is as he is not fearing the death of his sister as she is already deceased and it is suggested that Dumbledore fears that it was him who directly killed his sister in the conflict or that he fears the loss of control that lead to his sister’s sudden death.

Dean Thomas biggest fear is a Loose Hand (otherwise known as a Severed Hand or disembodied Hand). It is, simply, a severed human hand which can be possessed and controlled by spirits. During the 1993 – 1994 school year, Loose hands could be found throughout Hogwarts and were known to attack students although Deans fear of them likely predates this. When using a riddikulus charm on a boggart Dean traps its Loose Hand form in a mouse trap.

As shown in The Prisoner of Azkaban a boggart takes the form of a dementor when in the presence of Harry (although the boggart is significantly weaker than the real thing). In reference to this Remus Lupin addressed Harry saying, “That suggests that what you fear most of all is — fear. Very wise, Harry.” Harry’s first encounter with a boggart was shortly after his first encounter with a dementor and there is a lot of speculation as to what form the boggart would have took had Harry not experienced a chilling attack from a dementor.

Molly Weasley has built a reputation as a great mother who is dearly loved by her extensive family as well as friends. Her mothering behaviour extends well beyond her own seven children (and later 10 grandchildren) as she treats Harry Potter like a son in many ways and openly welcomed Hermione and others into her home. As expected, with such a strong love for family a boggart takes the form of her family members’ dead bodies. This occurred at a celebration party for Hermione and Ron becoming prefects where the boggart transformed into the body of Ron and then following an unsuccessful riddikulus charm changed into several of her other children then her husband, Arthur Weasley and finally it took the form of Harry’s lifeless body.

Hermione Granger is renowned for her class smarts and she prides herself on her academic abilities. As a result, during her third school year her meeting with a boggart in defence against the dark arts class resulted in the boggart taking the form of Professor McGonagall telling her she had failed her exams. However, it is recognised that this boggart’s transformation was representative of her fear of failure and therefore, at other periods in her life, a boggart would likely take a different form representing failure which is more applicable to her situation.

Boggarts can dawn a multitude of shapes from transforming into other magical creatures to taking on a disguise as a dead body and representing intangible fears such as the fear of failure which does not have its own physical form. This amortal creature is certainly one of the most interesting non-beings to populate the magical world.

At Paladone we have a great range of Harry Potter Gifts and Merchandise, however, luckily we don’t have any boggarts!