Here at Paladone we love fan theories and here is our fifth instalment of our greatest fan theories.

One of the best theories concerning E.T is that E.T is a Jedi. As a hugely popular series it is unsurprising that Star Wars was recognised in E.T but what is the explanation for, what is clearly, the same species as E.T can be found in the Senate Chamber in Star Wars Episode 2? Yoda is a well-known figure in the senate chamber so if one of the E.T species in the second Star Wars instalment was, in fact, E.T himself then it is reasonable to suspect that E.T would know or at least recognise Yoda, which if this theory is correct he did when he ran at a child dressed as the Star Wars character on Halloween.  As for the flying bike, that could have easily been the work of the force at play. If the flying bike was indeed the work of E.T using the force, then E.T is not only from the Star Wars but he is a Jedi (or sith).

Other nods to Star Wars in the E.T movie include Elliot playing with Star Wars toys and Star Wars merchandise. Although, this strengthens the idea that the Star Wars exists in E.T the same way it does in the real world – a movie series. Furthermore Attack of The Clones was released 20 years after E.T making it more likely that the appearance of E.T’s species was simply a fun Easter egg. However, it doesn’t hurt to dream, even if the idea that E.T could be a Jedi is too good to be true, especially when it means that Star Wars exists within a cinematic universe where Star Wars movies exist.

Lord of the Rings 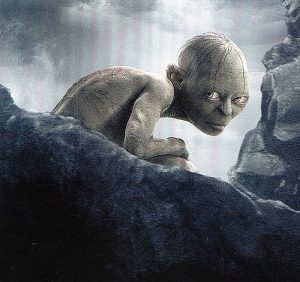 We all know the gruesome character of Gollum. Formerly a Hobbit by the name of Smeagol, Gollum became a the mangoblin we recognise after prolonged exposure to the One Ring. It is generally accepted that Gollum is simply a corrupted Smeagol but what if Gollum is in fact an entirely different personality and not a twisted, corrupted variation of Smeagol’s. The theory that Gollum is a spate identity which possesses anyone who holds the ring.

We see in the movies a shift back and forth between two distinct personalities residing inside Gollum – the theory explains this as one being the dominant “Gollum personality” and the second Smeagol’s. The idea is that the exact same “Gollum personality” would possess anyone. For example, when Bilbo held the ring there was several times in which his behaviour seemed to rapidly change but this was in fact the second personality, only unlike with Gollum this personality had not been present enough to become the dominant personality within that body.  One of the biggest tells that it is the same personality is the describing of the ring as “precious” a term which has become synonymous with Gollum.

Another example of this personality existing as it is in Gollum is when Isildur had the ring. Whilst in possession of the ring he wrote about the ring in a series of journals also describing it as “precious”. It would make sense that the same turn of phrase and personality traits shown by the holders of the One Ring, even thousands of years apart, is more than a coincidence.

So, it would appear that even Sir Ian Mckellen’s Gandalf could had the potential to turn into a diaper wearing, crazed cave dweller because of the One Ring and the “Gollum personality” it holds. 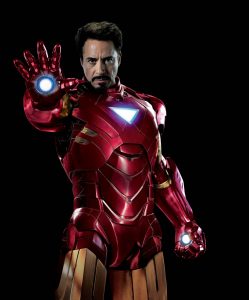 Remember Obadiah Stane from Iron Man? What if he was working for Hydra? It may seem strange but one fan theory suggests this is exactly what he was doing. We already know that Hydra saw to it that Tony’s parents were killed and in the wake of that Obadiah eventually found himself as interim CEO of Stark Industries one of the world’s leading weapon manufacturers. Allow Stark to take up the mantle of running the company only lead to greater advancements in the weapons Stark Industries produced, something in the interest of Hydra had they infiltrated the company. In fact, Obadiah was happy to let Tony do his thing until he started getting involved in the company’s politics and looked to move away from the weapons he and Hydra were relying on for their plan for world domination.

Whilst Obadiah was trading to terrorists, it is possible this was part of something bigger. After all, feeding terrorism and further destabilising the world seems like a good plan for someone looking to conquer the globe.

If you enjoyed reading these brilliant theories make sure to check out the 4 parts of the series in the Paladone blog.