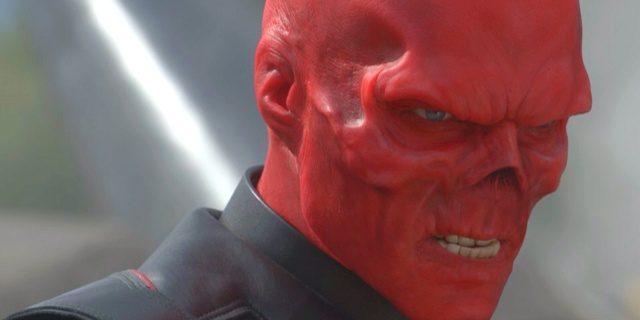 Welcome to Paladone’s fourth instalment of our fan theories series. In this instalment, we are going to dive into the Mavel Cinematic Universe (MCU) with a look at members of the Avengers, including Captain America and Spider-Man, as well as a look at a popular Pirates of the Caribbean Theory following last month’s release of Salazar’s Revenge. Atop of this we are offering a theory for one of the biggest TV series in existence – Game of Thrones. This promises to be a great read but if you haven’t already why not check out our other fan theory posts first ( Part 1 I Part 2 I Part 3). Game of Thrones is a cinematic phenomenon which has gathered a huge following and achieved large scale success and, unsurprisingly, it has had its share of fan theories. One of the biggest and most known theories that is yet to be confirmed is that Tyrion Lannister is actually a Targaryen. There is a fair chance you have heard of this theory but let’s take a look under the hood and see what sparked these ideas and if they stand up, or are the mad ramblings of fans looking for something that isn’t there.

During the second episode of the sixth series, “Home”, Tyrion acquaints himself with, and unchains, two of Daenerys’ dragons which are chained up in the catacombs. The dragons, Rhaegal and Viserion seemingly take to Tyrion instead of burning him to a crisp right there and then. It is possible, as this theory suggests, that the dragons did not barbecue him because of more than just a sense that he was there to help. But if there is more to it, then what is the actual reason Tyrion made it out alive?

The theory goes that Tyrion is the illegitimate child of Aerys Targaryen. This definitely offers an alternative reason to why the Dragons took to him the way they did. But does the idea that Tyrion is secretly the son of Aerys stand up or not? This theory would suggest so. In a Song of Ice and Fire it is stated that Aerys was infatuated with Joanna, Tyrion’s mother, even after she married Tywin Lannister. Furthermore, Aerys drunkenly joked how he wished the tradition of first night, which allowed the king to sleep with new brides, was not banned, in regard to Joanna.  Being King it is fair to say that Aerys likely got his way whether through force, blackmail, or other means. It is equally possible that Tyrion could be a result of Aerys’ lust for his mother, Joanna.

A further sign that Tyrion is the son of Aerys is Tywin’s hate for him. Whilst the birth of Tyrion resulted in Joanna’s death it is reasonable to suggest that Tywin should have taken his love for Joanna and poured it into their son. But love is the last thing Tywin shows Tyrion, refusing to consider him his heir despite his huge focus on family and legacy.

This quote from Tywin summarises it best, “Men’s laws give you the right to bear my name and display my colours, since I cannot prove that you are not mine. To teach my humility, the gods have condemned me to watch you waddle about wearing that proud lion that was my father’s sigil and his fathers before him. But neither gods nor men shall compel me to turn Casterly Rock into your whorehouse.”

Could it be that Tywin knows Tyrion is in fact not his son?

Tywin’s treatment of Tyrion alongside Tyrion’s Targaryen like affinity for fire and dragons as well as other evidence culminate into a strong case that Tyrion is really a Targaryen.

The red skull is still alive. It seems a little out of place under the banner of Marvel’s Avengers and not Captain America but lets first look at the theory, then we can talk about why we have labelled it as an Avengers theory. The theory itself is fragile and relies largely on the overwhelming lack of evidence that the Red Skull is actually dead rather than specific evidence to suggest he is alive. Given that he too was injected with the super soldier serum which allowed Steve Rogers to survive in his frozen state as well as his prolonged exposure to the tesseract which, as we all know, has incredible power it is by no means ridiculous to think that the Red Skull could have survived.

The importance of this theory, as with many marvel theories, comes down to its potential impact on the Marvel Cinematic Universe. A lesser known fact of the red skull is that he fathered Max Dillion better known as Electro a main nemesis of Spider-Man who has only recently found himself in the MCU. Could this be a precursor to Disney attaining the rights to the character for a Spider-Man and Captain America team up. This is of course all speculation but a variation of Electro was given a shot in a lead villain role in the second instalment of the Amazing Spider-Man series and many fans were disappointed with the performance so it would make sense for Disney to salvage the character.

With no convincing evidence of his death Red Skull could return to the MCU along with Hydra and as discussed, we could possibly see the introduction of Electro. So, with Captain America’s arch enemy, one of Spider-Man’s fiercest foes and Hydra all on the cards we could well be looking at a job for the Avengers.

Talking about the ship now named the Black Pearl Cutler Beckett says to Sparrow, “The last I saw of that ship, she was on fire. A blackened hull, sinking beneath the waves.” Beckett continues to say that Jack had “incurred a heavy debt to raise her [the Black Pearl] up again”. This heavy debt is clearly a reference to Sparrow’s deal with Davy Jones.

He goes on to say, “We had a deal Jack. I contracted you to deliver cargo on my behalf, you choose to liberate it.” In reply Sparrow says, “People aren’t cargo, mate.” In other words, Sparrow was contracted by Beckett to transport people, likely slaves – something he refused to do, freeing them instead.

It is by no means a stretch of the imagination to say, as this theory does, that the burning of the Black Pearl, formerly named the Wicked Wench, was Beckett’s retaliation to Sparrow freeing the slaves. Jack Sparrows debt of 100 souls to Davy Jones is because he freed 100 slaves. Freeing the slaves cost him his ship in getting the ship back he must repay the cost of the hundred slaves with 100 souls.

But how does all this cast Sparrow differently? Well before the context of the theory Sparrow stole from Beckett but now we see he is in fact a lot less morally dubious than we were first lead to believe and that his debt to Davy Jones is forged in his good intentions and not purely the greed and desire to resurrect the Black Pearl. And it is the way in which this theory changes a lot of our preconceived notions about Sparrow that makes it particularly brilliant as well as displaying more reason behind Sparrow’s reluctance to repay his debt to Davy Jones.

We hope you enjoyed these fan theories as much as we did and if you want more make sure you check out the first three instalments of this series, just use the links below: